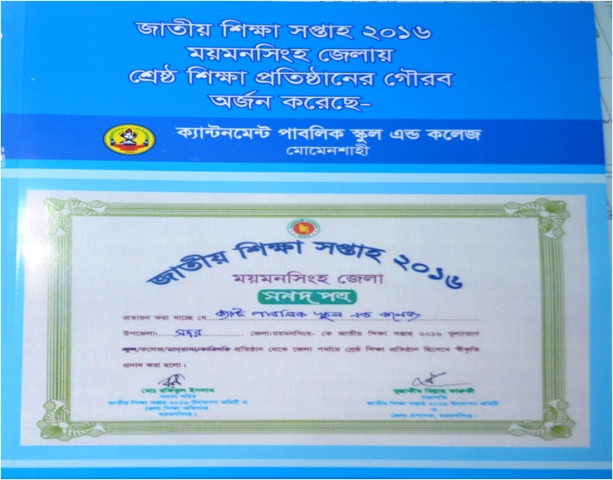 1. CPSCM has been certified as the best educational institution in Mymensingh district in National Education Week-2016 arranged by Education Ministry.

2. In 2008 CPSCM became one of the best institutes other 7 institutes on the basis of previous academic result and other activities under Dhaka Education Board.

1. Shawrin Islam Shemonti has received prize from the President for being 2nd at Hamd-Nath Competition at national level in National Education week- 2016.

2. A student of class VII, Shawrin Islam Shemonti has received the First prize from the President in the National Cultural Competition for Children arranged by Islami Foundation in 2015.

4. In 2007, a student of class VI, Tasnova Islam got 1st prize in patriotic song in the National children prize competition.

5. In 2007, a student of class VI,  Zarin Tasnim Tasbassum got 2nd place in Nazrul and Patriotic song in the National Children Prize Competition.

6. In the competition organized by Rotary Club in 2006, our institute became champion by winning the first place in Patriotic song, Rabindra song and Loko Geete.

1. In 2006, the 1st prize in Dance Competition arranged by  the Bangladesh Shishu Academy competition was won by Iffat Farzana Priti.

2. In 2009, Nitol won the 2nd position in Zilla Shilpakala Competition.

a) In the inter Cantonment Public School and College Math Olympiad 2016 College team of the Institute placed 4th  (National level).

b) A.T Hasan, a student of class V became champion in the primary Group.

c) AKM Samiul Haque became champion in Mymensingh Region and Runner up in the national phase.

1. The student of class VIII of CPSCM, Shawrin Islam Shemonti received the 2nd prize for Essay Writing in a competition on International Mother Language Day-2016 by the District Administration.

2. On the observance of National Mourning Day two students of college got 1st and 2nd position in 2016.

3. Shawrin Islam Shemonti got 2nd prize in essay competition arranged by District Administration on the observance of Independence day in 2015.

4. The student of class-VII Sadia Afrin has obtained the 2nd Position in the Essay Writing competition on Ed-E-Milladunnabi arranged by the Muslim Institute in 2015.

5. Farha Binte Azhar Adrita achieved 1st position in a Story Writing Competition arranged by “The Daily Prothom Alo” and awarded to visit Singapur with her parents.

a) Quiz Competition : In 2006, CPSCM became champion in the first round arranged by Bangladesh Television.

2. It also got remarkable result by becoming 19th and 20th in the merit list of HSC result in 2010 & 2011respectively under Dhaka Education Board.

3.The institute made a landmark by becoming one the best Eight institutes in 2008 for its all round performance in Dhaka Education Board.

4. Rizvy Touhid Shuvo, a student of the institute, placed 1st according to merit in the Medical Admission Test-2016.

2. In 2013-2014, the college team got Runner-Up position in Inter  College Handball Competition (National level) under Dhaka Board.

3. In the regional Handball Competition the college team became Champion in the session of 2012-2013. 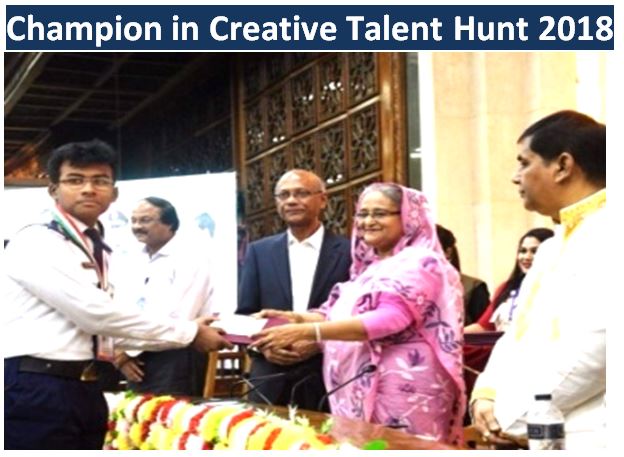 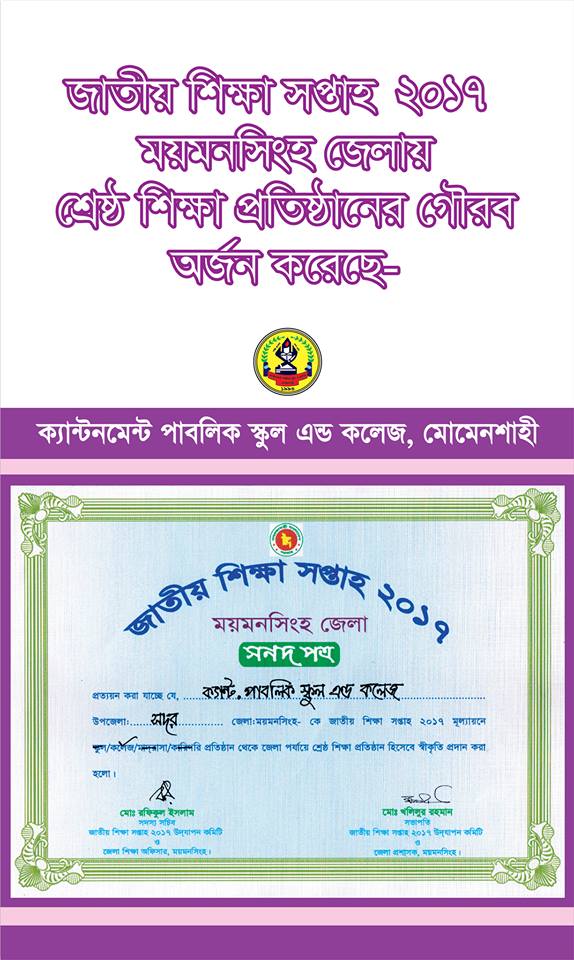 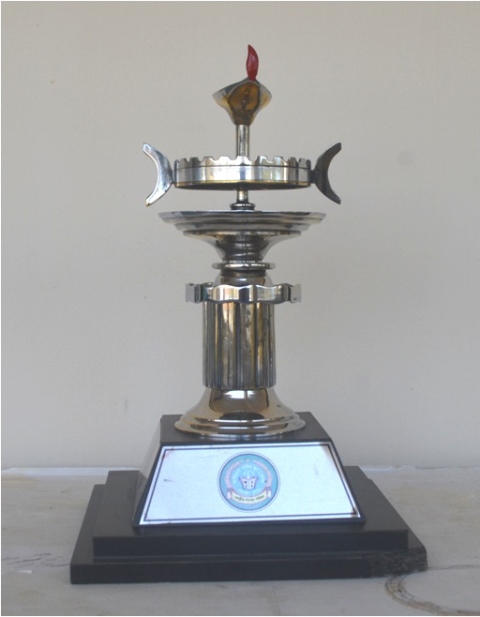 The Chief of Army Staff Runner UP Trophy-2016 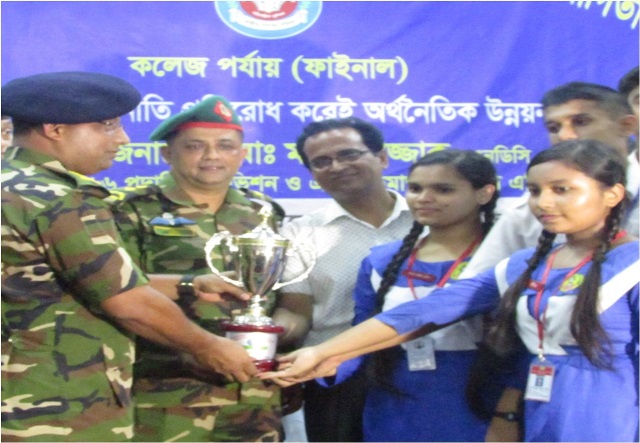